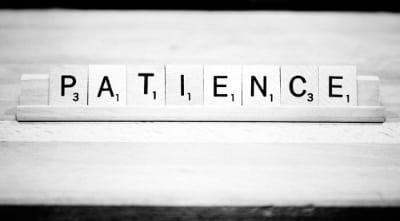 This is not in the sense of religious faith, or faith in something that cannot be demonstrated. It is faith in an economic fact. That is, in general, you must have faith that certain “things” are going to become more expensive and more valuable over time. This seems intuitive, but it is not. Very few people will follow this established law that is as sure as many physical laws we rely on every day. If I sit down in a chair, I trust it will hold my weight. I put my faith in the chair and the laws of physics.

Unfortunately, many people have less faith when it comes to money. They have no problem sitting in a chair or thinking their favorite college football team could beat the Oakland Raiders, but when it comes to faith that Starbucks will sell more coffee in the future, or Costco is going to sell more goods in the future, these are not concepts they are able, psychologically, to act on. And I don’t believe it has anything to do with logic. It is just plain old garden variety fear. “But our generation is different!” they say. “Just look at the younger generation! Look at the economy! Our national debt!”…Or fill in the blank with latest crisis du jour.

What they forget is that they are just channeling the thoughts of every generation. My parents hated Led Zeppelin every bit as much as I dislike rap music. It is nothing more than a mental trick to think that it is “all over” or “this time is different.” Many times I have heard, “I understand what you are saying about Costco and Starbucks or whatever. But, what you don’t see is that this time it’s different, because…” fill in their political, religious or superstitious bent that tells them that. Then I sit and not-so-patiently listen to their particular theory on the nature of the economy, politics or religion and why I just don’t “get it.”

I wrote a book in 1998, “Y2K, We’re OK…Why the Millennium Bug Won’t Bite.” I wrote it because I was saddened by the reactions of investors to what I thought was an obviously silly event. On New Year’s Day, 2000, there was probably a zero percent chance of an uncontrollable disaster. That could have been easily known by the fearful. What kept it from being easily known? Magical Thinking: superstition of the millennial change. Fear and greed: Fear stoked by the media (who makes their living on fear) and greed by charlatans peddling survival supplies and bad investment theories. Fear by people buying into the panic. This was mass hysteria at its finest.

During that time, I learned a lot. We decided as a firm that we were not going to “swim upstream” anymore. If someone insisted on selling at or near a relative market bottom (due to fear), we couldn’t work with them. We went through our clients and decided to part ways with ones that were eating up all of our time, energy, and emotional stamina. I had read for years that overly fearful clients would harm our business. I had heard that business would improve if I learned to use boundaries and not succumb to hand wringers. I can say that business did improve and we are having a lot more fun.

With my upcoming new book “Mindful Money”, I hope to prevent bad investment behavior and hope to prevent some people from sabotaging their wealth, not just for one event like Y2K, but for any event that makes us think “this time it’s different.”

Do you think Starbucks will sell more coffee, Costco will sell more goods and computers will be better in 20 years? That is what is called refocusing. When your brain gets the equivalent of uncontrolled high velocity diarrhea as in the above paragraph, you need to refocus. Refocusing attention on the right thoughts is a key to the Mindful Money process.